Totale will not be captured, never!  (2)
His spectre of knowledge
Cannot be encapsulated
Within the confines of its two bit skin (3)

The workmen yellow-fettered  (5)
Appear at the openings of upmarket shops and streets
Their earrings dangling merrily
With drills that batter
Meanwhile estates battle the pavements
Silence, you smoker!
You hedonic imbecile
Silence, you smoker!  (6)
How old is he,
The guy with the video camera,
Twelve?

But do they think about the guys
Who died chewing tobacco?   (7)

Totale will not be captured, never!
His spectre of knowledge
Cannot be encapsulated
Within the confines of its two bit skin

Remember Culloden
Standing outside in the rain endlessly

1. This is probably an earlier version of "Exploding Chimney," with which it is musically identical. According to The Track Record, it was recorded on September 21, 2007 at Britannia Row. I'm not sure how certain the date is; no date is given there for the recording of "Exploding Chimney."

2. This is the first appearance of Totale in a Fall lyric in a long time, probably since "The N.W.R.A." Roman Totale XVII appeared in the Fall's press releases and liner notes in the early days (for instance "Fiery Jack," from January 1980, and Totale's Turns, from May of that year), and he is mentioned in the songs "The N.W.R.A." and "2nd Dark Age." He was a sort of alter ego and spokesperson for the band.

From the Totale's Turns press release:

"Roman Totale XVII was born in a coalshed under the buzz of a defective street lamp. From birth he roamed Britain as a self-proclaimed Professor of speed speech. In the summer of 1979 he fled Lancashire and settled in the Welsh mountains until an encounter with F. Jack forced him into withdrawal from the world. He is the mental manifestation of the Fall camp, and and dwells underground while above him trends grind on slowly and sickly."

Totale's demise is recorded in the liner notes to the "Fiery Jack" single...

3. The lyrics are possibly incorrect here. "Spectre of knowledge" brings to mind Blake, but it may be "spectrum."

4. Probably a reference to the Battle of Culloden, the culminating battle in the Jacobite rising of 1745. This is also referenced in "Backdrop."

5. For the Record suggests this refers to hi-viz jackets: 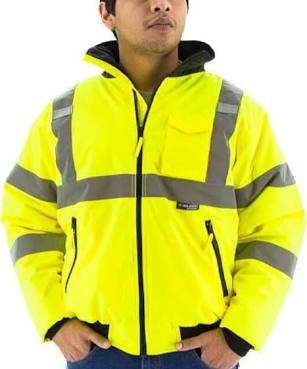 6. MES often has expressed an embattled perspective about being a smoker. "99% of non-smokers die" --"Blindness" "If chewing gum is chewed....the smoker is pursued" --"Anecdotes+Antidotes in B#," which is probably a take on the Marx Brothers' "Just Wait Til I Get Through With It," from Duck Soup: "No one's allowed to smoke/Or tell a dirty joke/And whistling is forbidden."  "No beer/No cigarettes/Slam, spikes, gin, cigarettes" --"U.S. 80s-90s"

7. AAAAA suggests there is an allusion here:

Gruen Von Behrens (May 14, 1977 – September 8, 2015) was an American motivational speaker and victim of mouth cancer caused by smokeless tobacco. After his diagnosis and during his multiple treatments, he became nationally known for raising awareness against the dangers of smokeless tobacco use.

I wonder about the title--did he see an ad for a firm called "Smith and Mark," and it reminded him of his name?